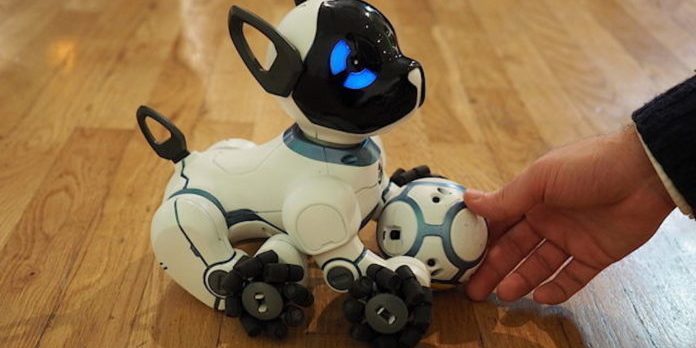 Child-friendly technology is an ever-open debate in many ways. On the one hand, there is the family aspect, that is, the condition that, more than ever, puts a strain on the nerves of the strictest of parents who must respond to the increasingly onerous demands of their children; on the other hand, there is the ethical and moral aspect, and all the various aspects that, over time, risk alienating human beings from the ability to develop interpersonal relationships (a prerequisite for learning empathy). Let’s add a third side, the safety one, because technologies evolve and invade even such a pure and candid universe as that of children’s toys. Once upon a time, the must-have toy was the doll that opened and closed its eyes depending on whether it was upright or supine; today, dolls laugh, cry, change facial expression, gesture, tell stories, ask questions, interact, observe and LEARN!!! The smartlook has landed a few years ago in the toys sector, giving them the ability to take advantage of the network to exercise the above advanced functions: the modern toys are thus equipped with lights, proximity and motion sensors, microphones, camera and speaker, all programmable and manageable via wireless or via Bluetooth via smartphones and tablets.

Surely there are many positive aspects associated with this type of toys, such as, for example, the fact that they allow you to stimulate learning through fun. A noble cause then, but as in all things we have to deal with the other side of the coin which, in our opinion, is the aforementioned safety. Many smart toys, in fact, collect and store important information such as birth dates, dialogues, images of the child and of the home environment in which they move. Basically, the same function that allows the doll to perceive the darkness and go to sleep becomes information about our absence or rest (= vulnerability).

Given these premises, and given the recent passing of Santa Claus, it’s now perfectly normal that our reader is asking a slew of questions: what data does the smart toy we just bought collect? How does the referring company manage and store it? What use does it put it to? Who does it share them with? And for those who chew on a bit of cybersecurity, the questions get even more specific: Is the data protected under the most secure cryptographic systems? How easily can they be intercepted by third parties? Has parental consent been sought? Is the Internet connection password protected? Etc. etc.

The toy has thus become part of the ever-growing Internet of Thingsfamily. A phenomenon still unknown to many despite being part of our daily lives. Unfortunately, it happens that the parent who makes the purchase does not actually know the potential of the toy, let alone if the child who receives it can fully understand it! The approach to the toy for parent and child is therefore made with a naive and trusting attitude. Think for example of the recording option: it allows the parent who is in another room to listen (check) what their child is doing… “How cute”, “How funny!” … “I can’t not share this on Facebook!” The passage is very short and does not take into account the fact that by handing such data into the hands of a third party you are no longer safe ☹.

But let’s go back to remembering the reason for our purchase: unless it was a response to a whim, surely the educational purpose is the driving reason (we said that such toys stimulate learning…). We like the idea of leaving you with a thought: in front of a doll that does not speak, the child can use his imagination, he can give it a voice and an intonation, he can invent a story, suggest an answer and weave a dialogue. Play is therefore that dimension in which, to understand, two chairs with a blanket on top become the ideal hut. Is it right then to emphasize knowledge and memorization at the expense of imagination and relationship! The debate continues…