Abolishing Roaming in Europe: it sounded too good… 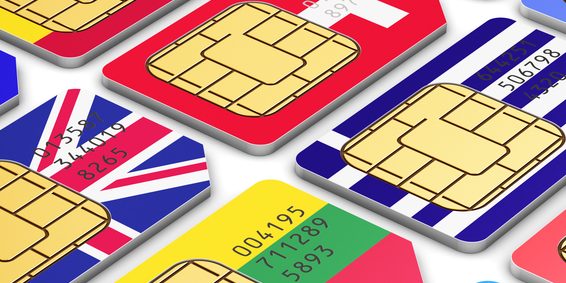 We had recently welcomed the cancellation of roaming costs with a smile, but there are already those who want to put a smile on our faces. Apparently -as revealed yesterday by Il Sole 24 Ore– many telephone operators do not like the news.

Of course, the European Regulation that has established the reduction of roaming has allowed telephone companies to limit -within a threshold established by relating wholesale rate, megabytes and consumer rate- the consumption of data that can be used outside the national territory, but it really seems that someone has tried to play the hand. Agcom, however, has noticed, and seems to be about to take action.

We now come to the main operators caught setting a “bad example”. Let’s start with TIM, whose “Tim Special Medium” and “Supergiga & Music” offers are in the crosshairs. The latter, after careful analysis, got away with it despite appearing “cheap”: in fact, the option to download music without spending a giga (“zero rating”) is limited exclusively to the national sphere, and of the 10 GB included in the offer only four can be enjoyed abroad. “Tim Special Medium”, on the other hand -which grants roaming only 2 of the 4 GB included in the promotion- has blatantly overrun. A shady situation also regarding “TIM Internet 50 GB” which, from what appears on Agcom’s website, seems to be valid only in Italy.

Let’s now move on to Vodafone, which although it has stated that it is committed to indicating, under each offer, the amount of GB available for roaming, on its website it writes: “you can take advantage of the free components that include data traffic and the options that include unlimited data traffic only within the national territory”. This means, for example, that for some Vodafone “Red” offers, the phone company will limit to Italy the use of the extra GB “given” to those who, in the contract signed with the operator, had decided to combine a smartphone.

Moreover, although Vodafone was the only operator to include on its website a calculation tool useful for quantifying the GB that can be used while roaming according to the various tariffs, it seems that the results of this tool are slightly different from those that can be calculated following the European Commission’s formula.

Wind 3, on the other hand, seems to have adapted to the new regulations, as has Poste Mobile: the only virtual operator to have done so. On the contrary CoopVoce, Lycamobile and Kena Mobile, continue to apply extra costs.

Fastweb, for its part, has managed to obtain a 12-month exemption during which it will make only one GB of data available for roaming. Tiscali has made the same request, but has not yet received a response.

In conclusion, the lowering of roaming costs certainly creates greater inconvenience for virtual operators who, forced to purchase traffic from host networks, are not always able to balance the costs of customers going abroad (and surfing for free) with revenue.

Nevertheless, it is hoped that each operator will soon find a way to adapt to European regulations.