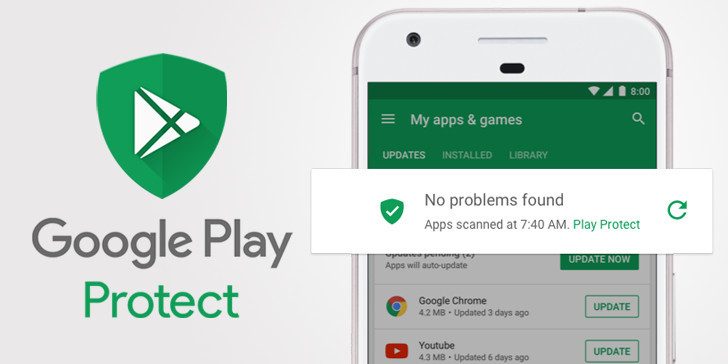 On several occasions we have described how the “wonderful world of apps” was targeted by malwarethat could so quickly spread to users’ devices by acquiring their data. Faced with this new fashion for hackers, a giant like Google could not pretend nothing and immediately ran for cover by finding a solution for its users.

In fact, yesterday began the rollout of the new security service for android devices offered by Big G. It’s called Google Play Protect, and it will be automatically activated on all devices equipped with Google Mobile Service 11 or later versions. The service aims to protect your android systems by automatically and constantly monitoring already existing and incoming applications: both downloaded from the Play Store and installed via APK files.

Google Play Protect will also let you have total control over your smartphone: you’ll be able to detect its location, make it ring, lock it and remotely erase all the data it contains.

To check for the presence of the feature, simply access Google’s Security settings, but don’t be alarmed if you don’t find it yet: the rollout of the new feature will probably take a few more days.