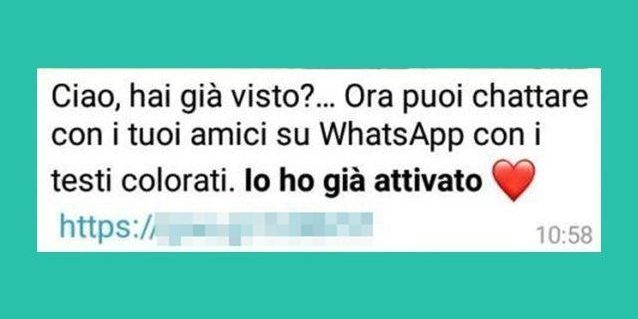 Since theLiving Being appeared on earth, deception has supported, nurtured and punctually betrayed him.. There are traps set by the animal kingdom -such as the invisible spider’s web- and by the vegetal one, where the Dionaea muscipula (carnivorous plant) invites the insect to lunch by means of sugary substances “offered as a gift”, and then devours the host in one mouthful.

And if we want to talk about the Animal Man, the arsenal of cheats perpetrated by him against his own, as well as other species, is immense and in continuous expansion. Today, thanks to the Internet and Apps, even the most timid line-stealer has the possibility of raking in a nice haul while sitting comfortably in his armchair. The chickens, in this case, are us users; the hens, on the other hand, are the sites and applications where we absent-mindedly scratch around in our incessant search for juicy “novelties” to swallow blind. Speaking of apps, WhatsApp to date is the chicken coop par excellence. In fact, it’s a real “breeding farm” and the chicken stealers are constantly lurking, ready to outsmart us. The lures change in appearance and color, but the ploy used is almost always the same: attract us, push us to click … pluck us mercilessly!

Today, as usual, we want to alert you to a couple of recent pitfalls that have appeared in the most popular messaging application on the planet.

Often to fall into these traps are users who are not exactly “technologically advanced”: it’s good to remember that changes to the app-poll are made only by downloading the updates that the operator periodically releases.