The durability of NAS and DVR/NVR drives 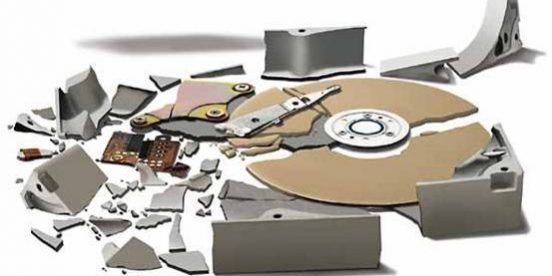 The age-old question of discs: whatever their nature, yes, they can break! We are referring in particular to disks installed on NAS and DVR/NVR, even if their breakage is sometimes blamed on the machine – NAS or DVR – on which they are installed. Disk breakage is not an inherent characteristic of the disk itself, but rather a phenomenon that depends on how it is used. Let’s think for example of a normal computer disk and try to think about how many hours in a day it is running. Logical that if we are in an office it works at least eight hours. In reality, the average number of hours a disk is really used is much lower because it is called upon when we save a file or open it or make use of the disk for paging, etc. On the contrary, for the rest of the time we use our PC and, in particular, word processing or spreadsheet programs and even internet browsing, the disk is “at rest”. In principle we could assume that the disk works 4-5 hours per day (still very “optimistic”), in a year it is 1000 hours. Now let’s shift our attention to a NAS: it’s always on! 24 hours a day for 365 days, but usually does not “work” on Saturdays, Sundays, during vacations and out of office hours … the calculation made earlier then puts us in front of a different result: considered 8 hours a day for 250 days a year we get 2000 hours “working” for a NAS disk, twice as much. Let’s make a similar argument for an NVR. The amount of hours of use of a disk installed on an NVR or DVR depends on how it has been configured. Again, the disk is always on for 24 hours a day, but will be used depending on the recording parameters (e.g. all day, only at night, etc.). In the most extreme hypothesis, that the disk is always recording, it means that it “works” up to 8760 hours per year.

From the data reported it is easy to see that if the average life of a PC disk was 10 years, using intensively the disk of a NAS or NVR, it follows that this average life would go down, even by almost ten times. Faced with this obvious difference, the same disk manufacturers have run for cover by making disks that are physically “stronger” and able to support higher workloads as in the case of a NAS or an NVR/DVR. These products obviously have a higher cost but can save us money on technical interventions and “early” replacements. In the same way we feel to suggest not to jump headlong on the last model in commerce in how much is equivalent to that one with less “experience”.