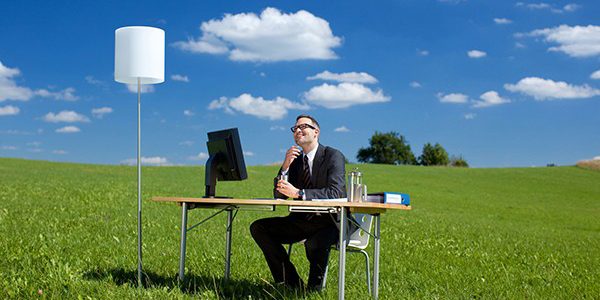 Just as the large-scale use of electricity throughout the 20th century brought changes to the world at all levels, so too is the Internet doing in recent years, especially since the advent of broadband and ultrawideband. Without the internet, in fact, we could not talk about smart industry, smart city, nor even less about smart working, a topic that we will discuss in this article. What exactly is this about? Smart working means “agile work” and, in Italy, with the entry into force of Law No. 81 of May 2017 -containing the “Measures for the protection of non-entrepreneurial self-employment and measures to encourage flexible articulation in the times and places of subordinate work”- is considered a work contract for all purposes, including accident prevention coverage.

Conceptually, smart working is represented by non-business activities that can be carried out independently not only from home – as in the case of telework – butanywhere, providing the employee with great freedom of timing and organization. Such an agreement obviously presupposes – also and above all at a legislative level – a sort of “pact of trust”, whereby if the company undertakes to provide the employee with the necessary equipment to act independently, the latter ensures, in respect of the trust granted, the proper performance of the tasks assigned to him. All this is aimed at reconciling work and private needs, increasing individual productivity and, consequently, company competitiveness. But for smart working to reap real rewards, a change must take place that involves and develops various interpersonal, strategic and logistical aspects of the business itself. It is essential that the manager trusts the employee, and that he or she is involved and held accountable to the highest degree. Since there is no constant “direct” contact between the owner and the employee, it will be vital to learn to work to objectives that must be defined, assigned and completed within scheduled deadlines. The manager must be prepared to manage entire teams of employees remotely, separately, and these, for their part, must prove capable of organizing their activities in a “free” perspective, but characterized by a more “driven” results orientation than that present in traditional work.

According to a recent study by the Observatory of the School of Management of the Politecnico di Milano in 2017, smart working is already widespread in Italy only in large companies (in the percentage of 70%), but encounters resistance and obstacles to develop in medium and small enterprises (percentage of diffusion of 5%). The study shows that companies that have adopted smart working projects have improved their performance, productivity, competitiveness and services provided. Data confirmed by the study Work-life balance and flexible working arrangements in the European Union, published by Eurofound in Dublin, according to which in our country only 7% of workers have the opportunity to perform their service – occasional or permanent – from locations other than those imposed by the company. This percentage is multiplied by two in Spain and Germany, quadrupled in France and increased fivefold in the Scandinavian countries, where smart working already embraces a third of the workforce.