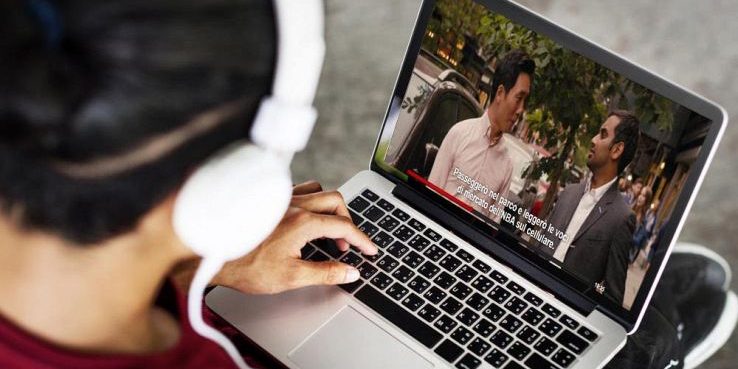 The television offer in the last few years has expanded dramatically with channels that no longer broadcast a generic schedule for content and themes, but on the contrary, with networks dedicated to specific topics. TV series are becoming more and more popular: whether they are detective, romantic, science fiction, medical drama, etc., when they arouse interest they are able to keep viewers glued to the screen. Obviously, these channels also follow a schedule and do not devote all their programming to a single series. How, then, can TV series “sufferers” get around this problem? It is unthinkable to have to wait a full week for the next episode. It’s so that from some years now has taken place the fashion of streaming, that is the possibility to see in preview – with the help of an Internet connection – movies or TV series not yet broadcasted on TV stations or released only abroad. This often means that the TV series in question must be watched in its original language, but with the convenience of subtitles.

Alas, you can never be comfortable here either. It is news of these days a new attack through this feature – the subtitles – of specific media player platforms, including VLC, Kodi, Popcorn Time and Stremio.

The research team of Check Point Software Technologies, an Israeli company specializing in cyber security, has discovered this new type of cyber attack: fans of streaming TV series and movies risk having their PCs hacked. The modalities are trivial, yet the attack mechanism seems well organized and effective: hackers package malicious subtitles, upload them online and manipulate the ranking in specialized sites, making them in the eyes of users among the favorites and most trusted in the community. Users downloading them allow hackers to potentially gain complete control of the device with the vulnerable platform running.

Given the news, the four aforementioned media players have already released new versions of their software to run for cover. In order not to be infected, it is therefore necessary to update them so that they automatically recognize the first wave of the virus.