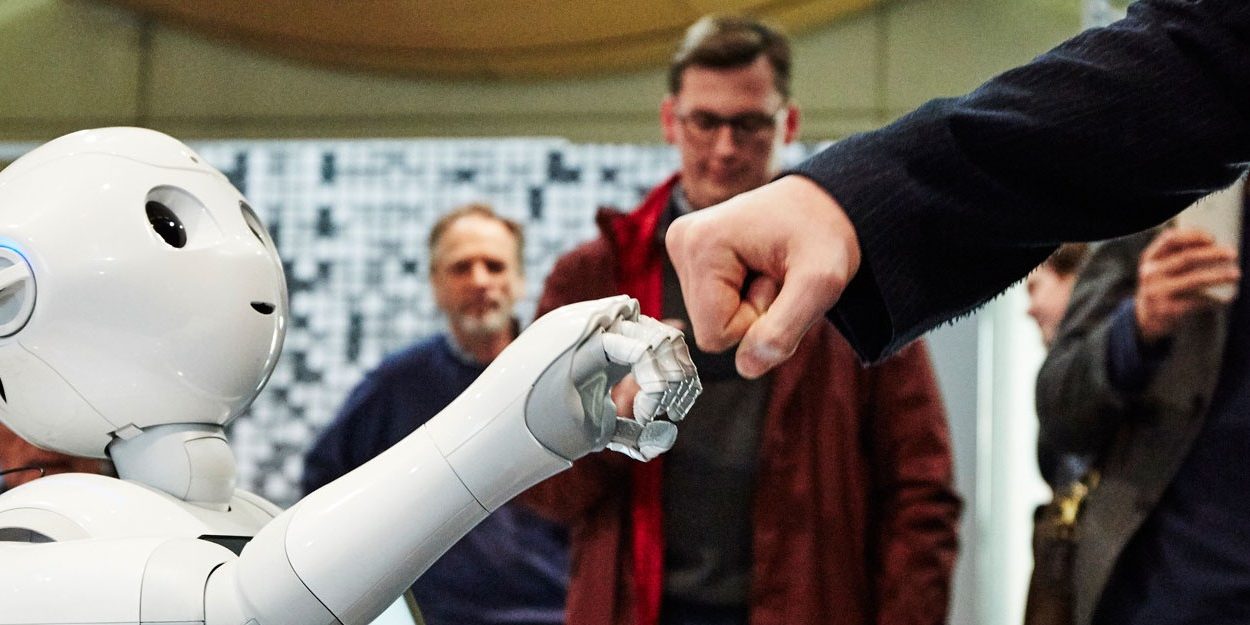 It ended last Friday, March 24, the 2017 edition of CeBIT, an international exhibition dedicated to digitization, its potential and the best ways to achieve this status. The Hannover event counted 3,000 exhibitors from 70 countries, all united under the theme “d!economy – no limits”. The Partner Country of this year, Japan, certainly had a certain impact on the numbers recorded: a total of 200,000 visitors over the five days of the event.

And it is precisely Japan that has aroused great curiosity by bringing forward the desire and belief that in the near future the integration between robots and humans is almost inevitable. More than 120 Japanese companies presented at Hannover with their commitment to the development of these technologies: robots able to understand the feelings and moods of humans based on the analysis of tone of voice and facial expressions; robots that challenge each other in soccer; robots with arms dedicated to the application of protective films on smartphones in a few minutes and much more.

The U.S. IBM has instead dedicated itself to the transport sector by presenting a driverless vehicle, fully electronic, equipped with an artificial device to communicate with passengers, not to mention cars that can communicate with each other to improve traffic flow! In a similar vein, we also recall the trials of the Swiss transport company Schweizer PostAuto AG featuring self-driving buses that have already transported more than 12,000 passengers.

But CeBIT 2017 was not only Artificial Intelligence: an ad hoc open-air park with live demonstrations was dedicated to drones, both for solutions already known and those being tested. Much more was staged at the 2017 exhibition where the IoT Consortium was launched, which will have the task of accelerating the promotion and use of Internet of Things solutions in the manufacturing industry, to encourage the spread of digital skills, to facilitate the exchange of information and best practices between Governments, companies and research centers….all without forgetting Cybersecurity and the conference dedicated to it (of which we have spoken more extensively here).

And it could not miss the final surprise effect: next year’s appointment will be held from June 11 to 15, 2018 with three main segments “d!economy”, “d!tec” and “d!talk”, which can be interpreted as opportunities for meeting, news but above all comparison.