Tuesday 10 July: the 3 network is not working properly 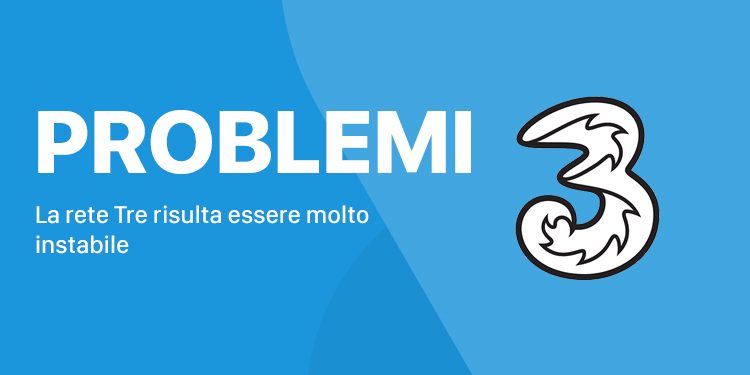 Since the early morning hours of today, Tuesday 10 July, those who surf through the network provided by the provider 3 will have encountered some technical problems of fluctuating network and connection problems in general: the Internet connection seems to have been compromised and also the Customer Area application and the technical support itself -the number 133 is disabled- are currently not reachable by users -update at 16.42-.

For many, this inconvenience represents a real and unacceptable nuisance; it rained reports on Twitter with the hashtag #tredown, so much so that the phone company was forced to “intervene” mid-morning: “We are experiencing problems on our data network, the service will be restored as soon as possible. We apologise for the inconvenience,” says the tweet published on their official page. The tweet in question was certainly not enough to reassure users who, on the contrary, became even more upset given the bad timing of the warning.

Setting the devices to the Wind network, rather than 3, would seem to resolve the problem; in any case, it is confirmed that full service is slowly being re-established throughout Italy. The most affected areas are northern and central Italy, with most reports coming from Rome, Milan, Turin, Naples, Bologna, Genoa, Florence, Padua, Verona and Bari.