Robots and work: where the robot will (perhaps) replace humans 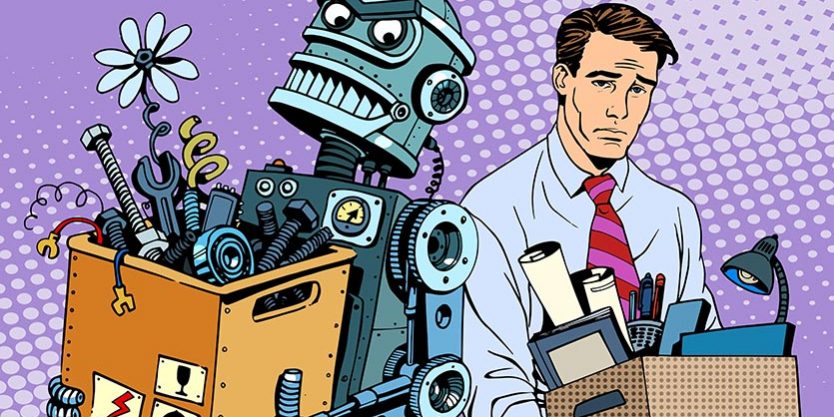 Robots and work is a topic we have already discussed several times; how will technology replace man? How is it and will it be useful to mankind itself? Progress on the way back?

What is clear, however, is the fear that robots will steal jobs, fuelled by the incredible pace at which intelligence is developing thanks to the combination of big data, algorithms and ever-increasing computing power.

In this article we want to consider what some of the jobs that the machines will hypothetically replace are most likely to be. It is easy for jobs with simple, repetitive tasks to end up being automated; a study by the McKinsey Global Institute think tank estimates that “60% of occupations have at least 30% of their constituent work activities subject to possible automation”. Responsibility or management jobs such as doctors and teachers, on the other hand, will be very difficult to replace, at least in the near future.

Some supermarkets have already seen the appearance of robots such as Tally from SImbe Robotics and Pepper from SoftBank Robotics, which replace humans in certain functions: Tally, for example, is responsible for checking price tags, the presence or absence of items in the aisle and in the warehouse, and reporting misplaced products; Pepper, on the other hand, already sold in thousands in Japan, has also been designed for human interaction in retail sales and is capable of using gestures, interacting verbally and interpreting human emotions.

In the culinary field too, there have already been implementations of robots on the market, such as Flippy from Miso Robots, which is capable of preparing hundreds of hamburgers per hour.

In the field of warfare, there are robots that are able to move around autonomously by means of a camera and are equipped with armaments to provide support and the possibility for the infantry to stay away from danger for as long as possible in war zones.

The truck driver is also a job that could one day be completely replaced by automation: everyone has heard of autonomous cars, especially after the accident involving Uber and a passer-by and, despite the heavy setback to the project, there are many companies working on a similar product; the truck driver is a hard and often underpaid job and the use of autonomous vehicles would remedy the current shortage of people willing to do this job – for the reasons mentioned above – and would also bring savings for distribution companies. A man also obviously needs to stop and rest, whereas a lorry without a driver could cover a distance that would take about five days in two days.