The reasons for the clash between TIM and the Government regarding Ultra Broadband. The prospects for fiber development in Italy. 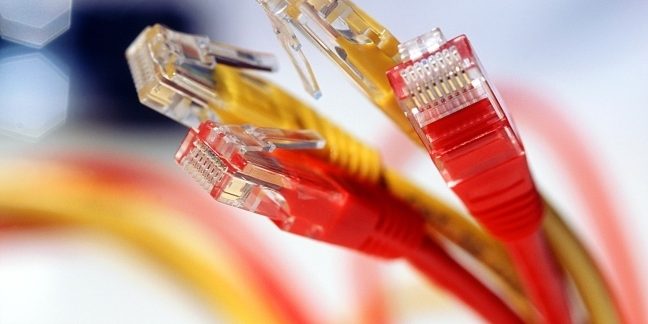 After the abandonment of TIM by Flavio Cattaneo the waters seem to have calmed down, but until a few days ago there was a really heated clash between the famous telephone company controlled by the French group Vivendi (of Vincent Bollorè) and the Italian government.

After the abandonment of TIM fulcrum of general interest: the ultra broadband fast wire Ftth (100 mega maximum speed).parte of Flavio Cattaneo the waters seem to have calmed down, but until a few days ago there was a really heated clash between the famous telephone company controlled by the French group Vivendi (of Vincent Bollorè) and the Italian government. Reason for the dispute: the Infratel public tenders for the installation of technological systems in the “white areas”, i.e. the most depressed areas of the country and less convenient for an investor. The disagreement stems from a change of course by TIM, which announced its intention to invest independently (without government subsidies), through the company Cassiopea, on a contract initially snubbed and defined as of little interest. The point is that in the meantime, two of the three Infratel tenders have been awarded to Open Fiber, born from the alliance between Enel and Cdp. The first contract, whose construction sites opened a few days ago, is worth 4 billion euros and provides for the installation of ultra-broadband for the peripheral areas of six regions of Italy; the second 1.2 billion, but is still to be formalized. The third tender, which has yet to start, is worth between 4 and 500 million.

The accusation against TIM is that of having arrogantly come forward when negotiations were already underway, also presenting appeals to administrative and judicial authorities for the sole purpose of hindering competitors and maintaining supremacy. Thus the Antitrust Authority has opened proceedings against the telephony giant for “possible abuse of dominant position”, investigating it also for alleged pre-emptive hoarding of customers using anti-competitive means. TIM has defended itself affirming to have acted legally, and “turning the omelette” has declared that the suspicions born towards it originate from a plot organized by the competition, that in the arc of a very short time would have forwarded an enormous amount of exposed to the only purpose to sabotage its investment.

Antitrust proceedings against TIM will conclude by October 31, 2018, but also opposing the phone company are Infratel and its parent company Invitalia, owned by the Ministry of Economic Development. The representatives of these two companies, in fact, during a hearing at the Senate had assured that the public interest would be safeguarded, then pointing out that, with regard to the development of white areas, TIM had limited itself exclusively to declarations, without making any real investment. In the course of this diatribe, Carlo Calenda also intervened in an angry manner. What bothers the Minister of Economic Development are the accusations made by the CEO of TIM, who at the end of June in parliament went so far as to affirm that the tenders in question were constructed on purpose to favor competition. “The statements made today by the CEO of TIM,” Calenda replied, “are serious and unacceptable, especially as they are made in an institutional setting. The Infratel calls for tenders, in which TIM participated together with other operators, were structured in full compliance with national and European rules. I am certain that the company will immediately return to using appropriate language in its relations with the government”.

In any case, now that Cattaneo has left the TIM top management and the autonomous investment project has been shelved, the tense situation between the telephone company and the Italian government seems to have subsided. Vincent Bollorè’s company is committed to reorganizing its corporate structure, and it is hoped that this will lead to a new type of collaboration with our government; a collaboration from which all Italians could benefit. In fact, at present, the scenario in Italy for “ultra broadband development” is not the best. According to data collected by Infratel in 2017, in order to update the mapping of NGA gray and black areas, private investments are slowing down: those for coverage above 100 Mbps download and 50 Mbps upload are not growing, and those for 30 Mbps download and 15 Mbps upload are strongly decreasing. The consequence of this is an emergence of new white areas corresponding to 8.2% of the total number of Italian real estate units. Again using Infratel data, the percentage of the Italian population currently in possession of fiber is only 2.77%, a truly derisory figure when you consider that, according to the objectives of the European Digital Agenda 2020, all of Italy should be covered by ultra broadband within a few years.