Technology and productivity at work 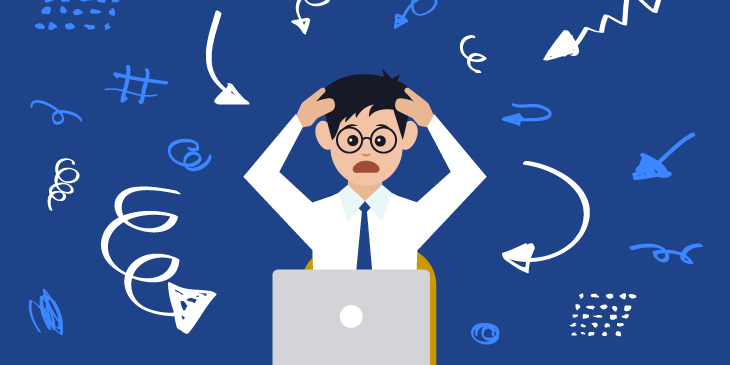 Technology at work has become a rather debated topic: on the one hand, there are the admirers who recognize all the benefits associated with technology itself, especially if you work on the move in the so-called smart working mode; on the other hand, owning connected devices can be a source of distraction and, consequently, can lead to a drop in productivity. Carrying this ideology forward is a software giant like Microsoft.

Microsoft’s report examines the opinions of workers located in 21 European countries: among them, the first alarming finding was that only 11.4% said they felt very productive. Specifically, the report states that the endless amount of updates and notifications from social media and beyond has made workers less productive. According to Microsoft, the basic problem is the concept of “work flexibility” adopted by many companies, according to which people who worked the longest would be the most productive. However, being constantly connected has fueled the expectation that staff must respond to messages and other requests at all hours. Basically, some sort of compromise is missing: Microsoft suggests in this regard a proper “digital culture” in the company in order to improve the productivity of workers and help them feel more involved. In the concept of digital culture to be conveyed, the company must first and foremost bring out how technology is identified and used: this implies that organizations know what they want to do with the software and systems they adopt, and must provide staff with adequate training and help to make the best use of technology. In these contexts, the data collected has definitely changed, marking a doubling in the value of people who feel highly productive at work, from about 11% to 22%. Some digital culture best practices are:

However, it can be the source of a particular phenomenon called technostress if certain best practices, such as those mentioned above, are not applied. The term technostress refers to the negative consequences of adopting new computer systems or software that have the power to make workers less productive as they become overwhelmed by them (the interruptions mentioned just above). To understand the extent of this type of stress, we need only make a simple point: in the past, workers were able to focus on work while they were actually at work and think about their personal lives elsewhere. Nowadays, this difference is no longer possible as devices equipped with communication apps maintain a kind of constant flow so that work and personal messages are notified 24 hours a day. In fact, it is impossible not to give in to viewing the message in question in order to get rid of the red notification circle that appears on the app’s icon. Technostress is therefore a phenomenon that should not be underestimated and can cost a company dearly.

Given that technology is constantly changing, it is to be expected that it will increasingly dominate our daily lives, resulting in an increase in “harms” such as technostress. Less fast in terms of implementation timeframe is the cultural change… should we address technostress right now?!