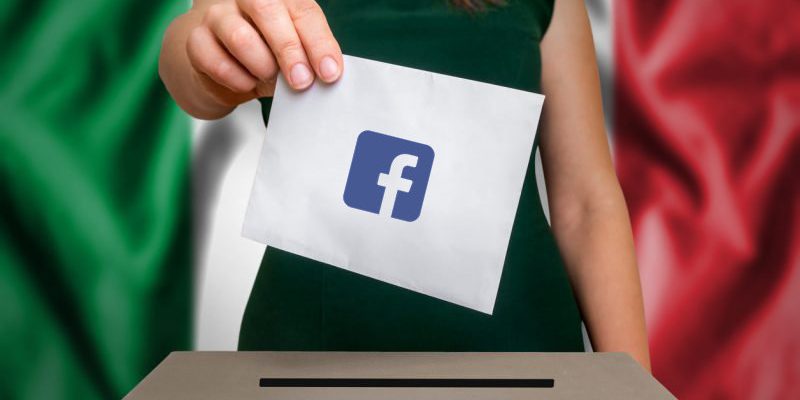 For the past couple of days, Facebook has been notifying users who have fallen into the Cambridge Analytica net that their profiles have been breached: it’s a notice titled “Information Protection” with a link to see what apps users have used and what information has been shared with those apps. Users will be able to close apps individually or disable third-party access. As disclosed last week, of the 87 million profiles hacked, more than 200,000 are Italian. In this regard, the Privacy Guarantor, through the mouth of its president Antonello Soro, has pronounced itself, pointing its finger at Facebook, guilty of having allowed the transfer of data to the company Cambridge Analytica without the consent of the interested parties, then changing the purpose of use. The latter, as is well known, was for electoral propaganda. According to the Privacy Guarantor’s statement, Italy will ask for the application of the penalties provided by the new European regulation -GDPR- equal to 4% of the company’s global turnover. Moreover, the investigation will be extended to other companies dealing with political marketing that had signed agreements with the Californian giant: the suspicion is that the Italian accounts violated are much more than the 200 thousand reported. Another fear put forward by the Guarantor is that the victims have been influenced on certain issues such as racism and immigration: according to the verifications carried out by intelligence analysts, there have been exchanges between the Italians profiled by Cambridge Analytica and some fake accounts that had as a feature to have the word “Salvini” in the header.

Yesterday morning, a meeting was held in Brussels between the European Privacy Guarantors with the aim of providing the results of the checks carried out at national level, but above all to decide on the moves to be made. At the Italian level, the task force that had already been set up to verify the information of WhatsApp users by Facebook will most likely be expanded. Recall in this regard that these are two platforms that belong to the same company, but despite this it was found in many cases that the exchange of data between WhatsApp and Facebook had been activated without the explicit consent of those concerned, involving even people who had never signed up to Facebook but had only registered their phone number on WhatsApp. Thus, the usual sore point remains: the lack of awareness of the conditions of use of these tools and the final and intermediate destination of what is poured into them on a daily basis. While waiting for the disbursement of sanctions (the GDPR will be enforceable next May 25) on the European table is already discussing the issue of the criteria to be applied: the prevailing line is to proceed all together, so that it is the European Union to assert its reasons. The only thing that remains to be established is whether the fines should be contested by Great Britain -country where Cambridge Analytica has its headquarters- or by Ireland -where instead Facebook’s European headquarters are located.

According to the declarations of Christopher Wylie, the Cambridge Analytica analyst who disclosed the wrongdoing, Italy would have been the only country to have worked with the British company and that probably a political party may have been favored thanks to the propaganda carried out through Facebook. Faced with such heavy declarations, intelligence and postal police checks were immediately triggered, from which so far at least five fake profiles created to spark debate or send messages on the “hot” topics of the election campaign, especially immigration, have emerged. Making real accusations at the moment is still early because according to analysts these profiles could even have been created to damage the party and further checks will be necessary to establish what kind of influence there has been on users and whether it could have been such as to influence the vote.