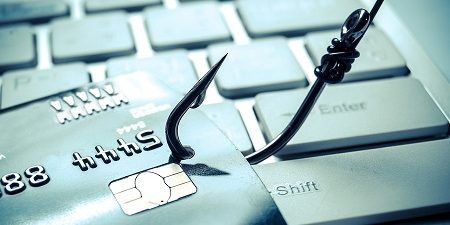 We have talked on other occasions about how unpleasant it is to have to deal with data loss as a result of a hacker attack and how some types of these viruses even demand a cash ransom (cryptolocker infections have become more than well-known). Not to mention the online financial crimes-fraud, identity theft, and hacking-that affect thousands of Internet users each year and result in direct money losses.

Cybersecurity firm Karspersky Lab helps us better understand this phenomenon by analyzing trends over the past year. A first worrying fact is represented by the increase in the last quarter of the year of online financial crimes compared to the corresponding period of 2015: the holidays were particularly attractive to cyber criminals since more users make online purchases at this time of year. Karspersky Lab’s survey found a 22.49% increase in users attacked compared to 2015 with a peak recorded on Cyber Monday (Nov. 28). In this regard, Karspersky Lab’s experts advise you to keep an eye on your accounts if you have used credit cards to make online purchases in the mentioned period: usually cyber criminals do not start withdrawing money from stolen cards immediately after the theft but wait for several weeks or even months before collecting.

Another rather alarming aspect of the survey conducted is that more than half (52%) of the affected users failed to regain their stolen money or, at best, only recovered a portion of it. However, this figure is susceptible to fluctuation because a large proportion of victims do not report these scams. The average value of these attacks is $476, but with peaks on the considered sample quite high, even over $5,000 (one in 10 respondents). Among victims of online financial crimes, 81% said they conduct financial transactions online and 44% store transactions pertaining to their finances on their devices.

Cyber criminals have much to rub their hands on: the ground on which to launch their attacks is very fertile taking into account that of all people surveyed only 60% protect their devices with security solutions. The question then arises as to why delicate operations such as money transactions are not taken care of? Many users have justified this with the belief that the money lost is later refunded…by whom? In fact, almost half of the respondents believe they can get a refund from the bank. The reality is quite different and brings us back to the alarming figure of 52% of users who have been victims of online financial crimes and have not seen their money returned.

Ok don’t take the refund issue lightly, but how is it possible to solve the problem upstream? Cyber criminals are constantly looking for new ways to scam Internet users and they do it through malware, phishing or other means: you can fight them with ad-hoc software dedicated to protect user identity and sensitive data from the hands of cyber criminals. Karspersky Lab itself reminds us that among the functionalities of its products it is possible to find “Safe Money”, a technological suite for financial security aimed at protecting financial operations carried out online by users. An added value as well as a confirmation for the Russian company that strengthens its leading position in the field of IT security (results certified by numerous independent tests).