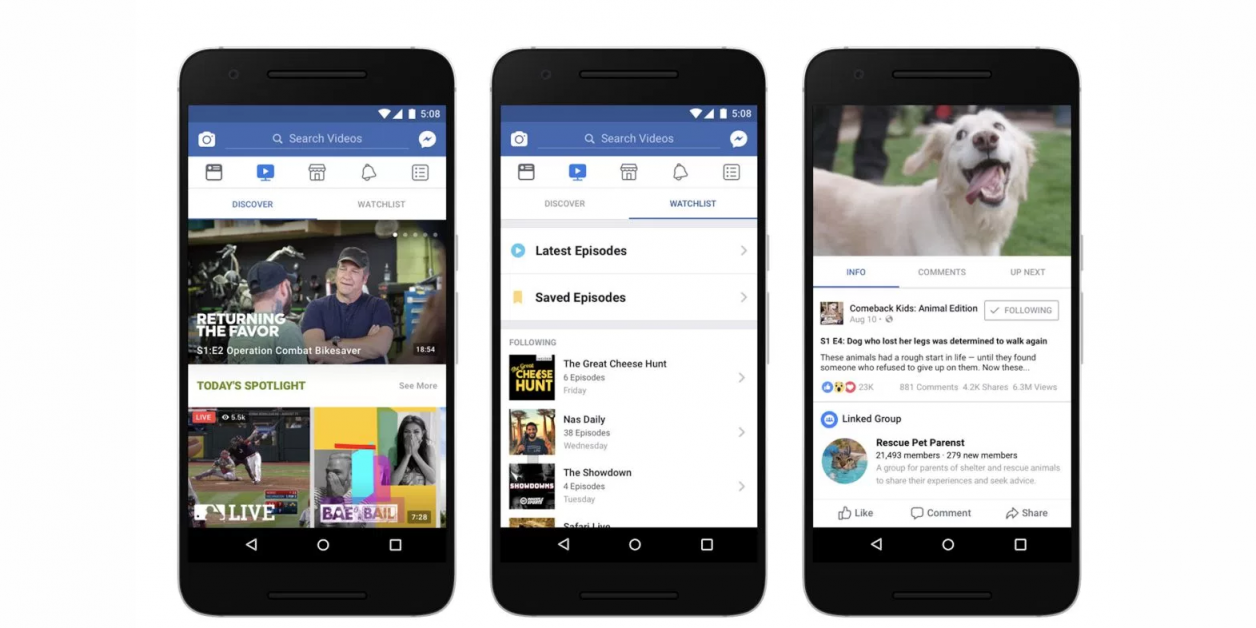 Facebook will also have its own video channel. After many rumors, the official Facebook TV has been leaked and is now called “Watch”. This is a section of the famous social network where it will be possible to access videos including those related to entire episodes of TV series, entertainment shows, sporting events, etc.. The novelty in reality will not be immediately available on a global scale but will be “tested” by a small group of U.S. users and then be extended to a larger audience. Mark Zuckerberg announcing the purpose of his latest innovation said, “Watching a show doesn’t have to be passive, it can be an opportunity to share an experience and unite people who care about the same things.” A service that will be accessible from all platforms of the social, both for mobile devices and smart TV.

Facebook Watch looks like a new section within Facebook’s website and apps, divided into two tables. The first is dedicated to new shows, the most talked about videos and what friends are watching; the second large section is the watchlist, a customizable list of all the content judged interesting by the individual user, where upcoming news and scheduled live shows by the producers followed will appear. All videos will be commented in real time, as it already happens with Facebook Live, or, in the case of recorded shows and live broadcasts now finished, adding their opinion to that of those who have already seen the program at the time.