No peace for WhatsApp 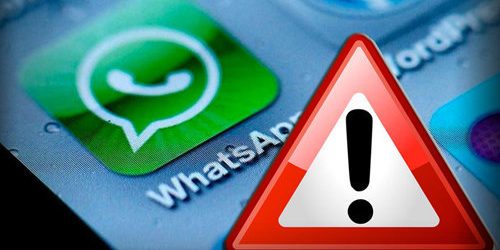 The scams against users of the world’s most popular messaging app continue. Last year, WhatsApp had announced that it had broken through the one billion user mark, despite growing popularity with similar apps such as Telegram and Facebook Messenger. In any case, these are impressive figures that have inevitably attracted the attention of hackers who have indulged in creating or periodically relaunching a wide variety of scams against users.

In the past few weeks we’ve already talked about two methods hackers use with this popular app: the expired profile scam and the one where you can change the app’s background colors according to your preferences. Two other scams are circulating these days. First of all, a new application with a very similar name has been circulated on Google Play Store: on this occasion, hackers have been quite ingenious in getting around Google Play’s strict controls, initially launching the app with the name Fhatsupp, and later changing it to Whatsapp. It is good to know that on the Google Play Store the application’s original name is Whatsapp Messenger, so you should be wary of all other designations. A second alarm bell goes off when, during installation, the application makes two rather atypical requests: disabling the device’s standby and full network access. If you are presented with such requests, immediately block the download of that application as it may result in theft of personal data and risk of phishing attacks.

The other scam that is circulating in these days and seems not to be new but, on the contrary, a remake of previous scams, is the so-called “Carrefour scam”. In this case, the scam takes the form of a voucher worth 250 euros, which can be obtained by clicking on a link contained in the message (the voucher is associated with the names of supermarket chains such as Carrefour or Lidl). As pointed out also by the State Police, it is a real virus: performing the required actions would give free access to all the data contained on your device.