iPhone: the X-era has begun 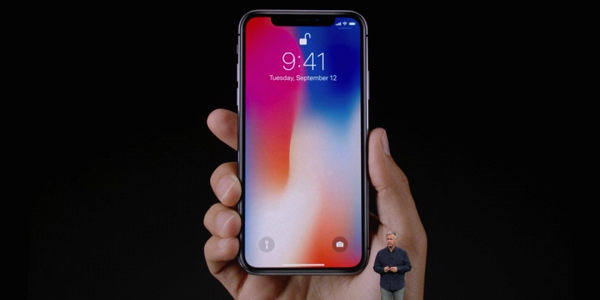 A hype that lasts for months, the curiosity that rises, the many rumors more or less reliable and finally the cards have been revealed: Apple has presented the new iPhone. It is necessary to speak in the plural because on the scene there were three products: 8, 8 plus and X … in reality, the latter was the master of the show and already from the name can only bring with it the highest expectations. In fact, the X stands for ten, to commemorate the decade since the launch of the first iPhone.

Certainly one of the most striking aspects of this incredible model is the Face ID, the new method of facial recognition that outperforms the recognition by fingerprint and sees the disappearance of the home button: yes, the new iPhone is entirely touch! Face ID performs 3D facial recognition and also works in the dark – thanks to the infrared camera – as well as being able to recognize the face even in the presence of glasses, hats, etc. The most curious aspect of this function is that it operates through an invisible light that illuminates the face, a microprojector that projects and traces 30,000 invisible points on the face and the aforementioned infrared camera for recognition: all located in a small upper recess carved into the screen.

The screen is an Oled, 5.8-inch super retina display and, great news, the iPhone X has no edges so its body is smaller than the 7 plus version. Remaining in the technical sector, even the processor has obviously been improved: it is the new A 11 Bionic that has 6 cores ensuring performance 25% higher than the previous generation. Also new is the 3-core GPU for graphics management. Another gem is represented by the presence of a machine learning hardware that makes the phone able to learn from the activities carried out by the user: it learns to recognize people, places, habits becoming even easier to use.

The iPhone X then brings with it a new 12 mega pixel camera with two lenses, a quad lens – with an aperture of f 1.8 – and a telephoto lens – f 2.8. Other improvements in the field of photography call into question the Face ID sensors: you can take real portraits as in a real photo studio and take selfies with an incredible depth of field. New light management and new 4-LED flash enhance the iPhone X’s rear camera.

Returning to the aesthetic appearance of the new iPhone, in addition to the very small rounded edges the front and back are made of two sheets of super strong glass. The choice was a must in order to make the product capable of charging wirelessly.

And to have some fun, one of the applications in line with the technologies introduced is represented by the Animoji, or 3D Emoji that move just like the user’s face, tracking the movement of facial muscles and thus creating a sort of 3D avatar of the face in the shape of the Emoji that has been chosen.

Among the rumors circulating before the presentation of the iPhone could not miss those on the price and timing for the purchase. The new iPhone X can be pre-ordered starting October 27 and will be available on November 3. Two colors are available – silver and dark gray – and two sizes – 64 and 256 GB – with a price that starts from $ 999 “translated” in Italy at € 1,189 for the 64 Gb and € 1,359 for 256 Gb.