From West to East, hundreds of millions of PCs under WannaCry siege 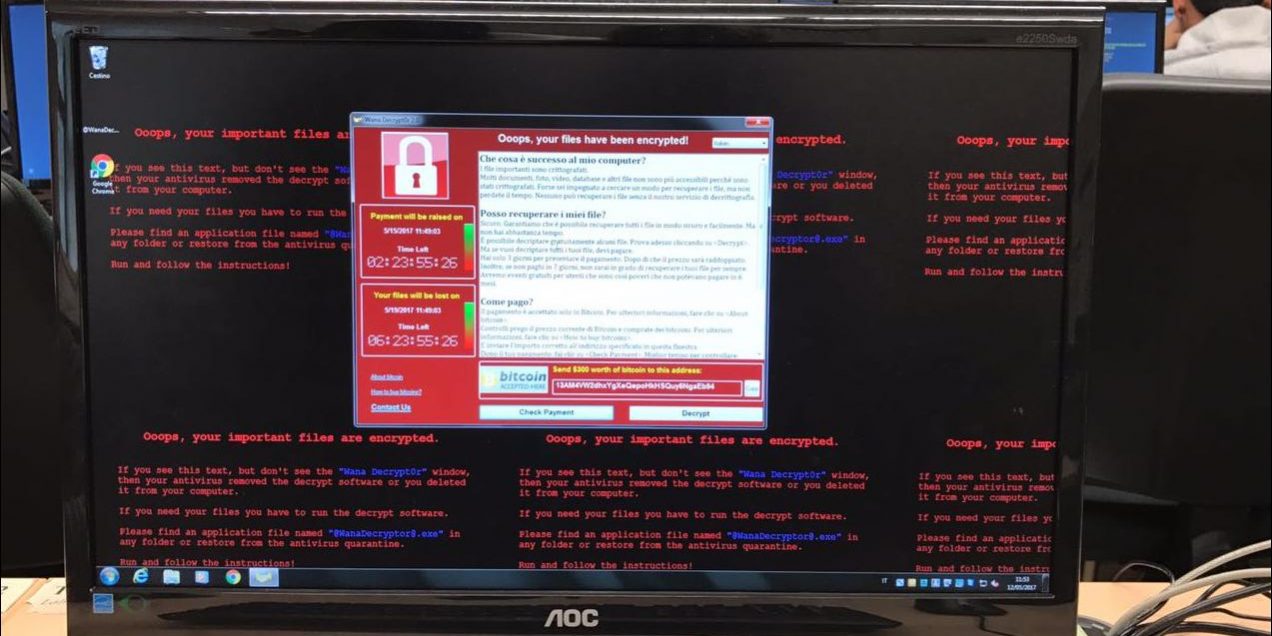 From a couple of days to this part, the news is bouncing everywhere: what was a predictionuntil some time agoseems to have come true. Within a few hours, the digital infrastructures of half of Europe were put in crisis: it all started in England, where many of the computers of the National Health System, contracted ransomware.

Again the re(s)catto virus makes people talk about itself as usual with two options: pay a fee of 300 euros in bitcoin or keep your PCs like that, locked and impossible to use. Obviously after option one, payment, data restoration is not a given. In the English case, in addition to the economic damage, the slowdown and interruption of assistance and rescue procedures by ambulances and nurses must be considered, because they lack the management software that organizes operations. The cause of this ransomware epidemic is unknown in the sense that one too many clicks on a link received via email or through a chat message is enough to take control of those in the same network.

The seriousness of the attack on Friday, May 12, lies in the fact that in a very short time, the infection has affected many other entities around Europe, such as the Spanish operator Telefoniça, Bicocca in Milan, and even FedEx, one of the leading global shipping carriers.

The seriousness of the attack on Friday, May 12, lies in the fact that in a very short time, the infection has affected many other entities around Europe, such as the Spanish operator Telefoniça, Bicocca in Milan, and even FedEx, one of the leading global shipping carriers. A bug that, in theory, had been fixed by Microsoft on March 14 of this year, through one of the security updates released periodically by the company. Not downloading this update meant leaving systems unprotected. We would like to point out that Macintosh devices are not exempt from this attack.

According to experts, today – Monday, May 15 – would be another crucial day considering the resumption of work after the weekend and therefore the switching on of millions of devices worldwide.

And for the lucky ones who haven’t had the unpleasant surprise yet, we remind you how to protect yourself from WannaCry.

If, on the other hand, you suspect that WannaCry has paid you a visit – for example, if your colleague’s PC has been infected – or you want to carry out a preventive check as a precautionary measure, you should contact an ICT expert who can guide you step by step so that you can use your PC safely.

Given the scope and severity of the attack carried out with WannaCry, we invite you to follow us in the coming days for further updates.